eGrid strengthens ORE Catapult’s ability to accelerate and develop technology for the offshore renewable energy industry and keeps the UK at the forefront of combined system testing for next generation turbines. This includes reduced time to market, improving reliability and mitigating the risks associated with the deployment of offshore wind turbine systems; all of which contributes to lowering the levelised cost of energy (LCoE) for offshore wind.

The Challenge For Prototype Turbines And Grid Connection

When connecting to the electrical grid network, wind turbines, like other generators, must prove that they comply with strict grid codes. This generally requires a full-scale prototype to be deployed in the field to allow a series of tests to run under a variety of wind conditions.

Field testing can take several years to complete, mainly due to planning permissions and the weather conditions required for each test, not to mention the inevitable challenges encountered when commissioning a first-of-a-kind prototype turbine. In addition, grid codes have become more stringent in recent times, making it increasingly complicated and time consuming to complete field testing.

A major milestone in the installation of the 18MVA eGrid system was its commissioning. To do this, ORE Catapult partnered with GE Renewable Energy and their Haliade 150-6MW direct drive turbine – the first of GE’s offshore wind turbines to be tested in the UK. Delivered to ORE Catapult’s state-of-the-art multimegawatt nacelle test facility in Blyth, Northumberland, the turbine underwent highly advanced test and demonstration programmes that accurately replicated real-world operational conditions to further enhance performance and reliability. 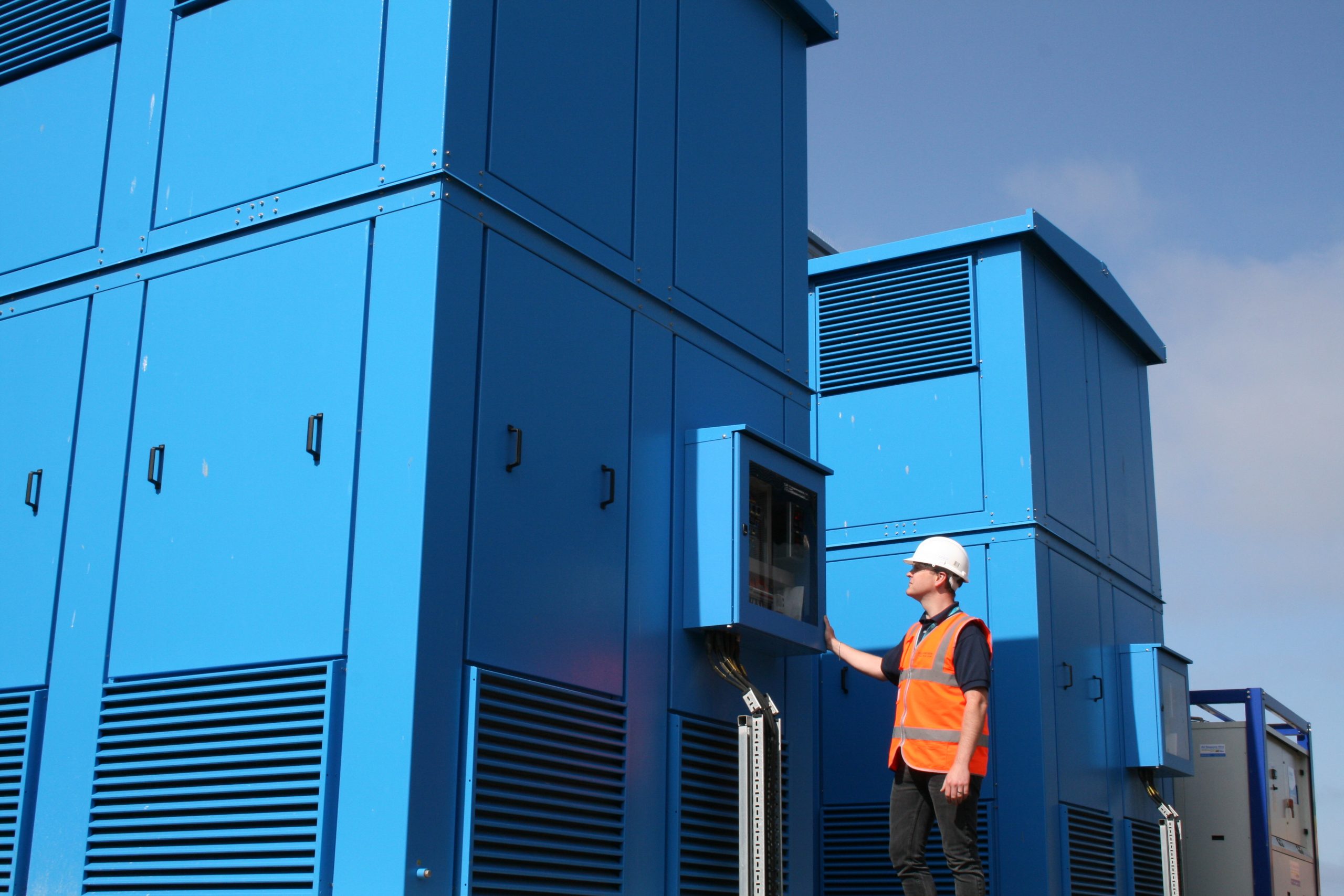 As a result of the collaboration, ORE Catapult completed a major testing and commissioning campaign of eGrid, using the Haliade-150 6MW nacelle to further verify the operation and performance of both the turbine and the eGrid system.

The testing included using the eGrid system in a static operation mode and a dynamic operation mode. The static tests involved the continuous operation through range, resolution, accuracy, harmonics and frequency range. The dynamic tests were associated with grid compliant Over, Under and Zero Voltage Ride Through functions. The purpose of the tests was to prove the capabilities of the eGrid system for dynamic events, applying both Undervoltage and Overvoltage events for a specified duration of time.

The successful commissioning of eGrid on a full-scale offshore wind turbine has further strengthened ORE Catapult’s expertise and capability in conducting electrical power quality tests and the accelerated validation of full-scale, next generation wind (over 10MW) and tidal systems in a controlled environment. It also allows grid compliance testing to be conducted for numerous grid codes and grid characteristics in a highly accelerated timeframe.

In addition to eGrid, ORE Catapult is leading research programmes in electrical infrastructure, having established the Electrical Infrastructure Research Hub alongside academic partners, The Universities of Strathclyde and Manchester. The Hub is accelerating research and development activities, tackling the challenge of making the UK’s electrical infrastructure systems future-proof to meet the needs of the growing offshore wind, wave and tidal industries.

A five-year investment, the Hub is addressing a selection of key research topics and themes, including component reliability and availability, system and sub-system optimisation and smart energy systems of the future (including energy storage solutions).