The Route to Net Zero – Offshore Wind and Hydrogen 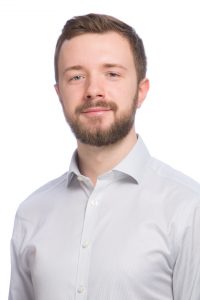 ‘Hydrogen’ – the buzzword of offshore renewable energy in 2020 – is a hot topic at this year’s Global Offshore Wind conference and exhibition. But what exactly is green hydrogen, and how does offshore wind propel the adoption of hydrogen into our future energy mix?

Let’s start at the crux of the challenge – net zero. For the UK to meet its net zero targets set by the Committee on Climate Change, we require 75GW of offshore wind capacity installed by 2050. That’s more than seven times the installed capacity we have today! As a result, the way we produce, use and store energy is changing. Our power, heating and transport systems must decarbonise if we are to achieve this target, and so we will need a mix of low-carbon, renewable energy sources to help us do that.

Even with robust efficiency improvements, UK electricity consumption may double, from ~300TWh today, to 500-600TWh by 2050. With this rise in demand, and therefore, the rise in offshore wind production, we are likely to face variability challenges when integrating it into our energy system. This is why green hydrogen is rapidly emerging as a cornerstone of the future, zero-carbon energy system.

Green hydrogen is produced from splitting water molecules into hydrogen and oxygen through a process of electrolysis. What makes this colourless gas ‘green’ is the renewable energy used to power the electrolysis process, meaning green hydrogen production is 100% sustainable. Additionally, it is easy to store and transport, allowing it to be used subsequently for other purposes and at times other than immediately after its production, thus helping to overcome the challenge of variability when connecting large-large scale offshore wind farms to the grid.

Looking at scenarios from the Imperial College London, Committee on Climate Change and others, they suggest that the requirement for hydrogen ranges from 130TWh, to over 200TWh, per annum. A green hydrogen economy using 130 TWh of hydrogen would require an annual output of 40GW of offshore wind. Offshore wind is on track to be the backbone of our electricity system and that role will become even more important as it evolves into the power source to generate low-cost green hydrogen at scale.

The rapid drop in prices for wind energy in recent years was the result of scaling-up and innovation, driven initially by supportive government programmes. Many of the core technologies for hydrogen production and use are at the same stage of technical and commercial maturity that we saw with wind energy twenty years ago.

According to a recent report I worked on, the Offshore Wind and Hydrogen: Solving the Integration Challenge report, issued jointly by ORE Catapult and the Offshore Wind Industry Council, by 2050, green hydrogen from UK offshore wind can be cheaper than blue hydrogen, which is produced from methane using carbon capture and storage.

I believe the same forces of rapid innovation and scale-up that have underpinned a spectacular drop in the cost of offshore wind energy, will also apply to hydrogen technologies, such as electrolysers. UK industry and academia have world-leading capabilities to drive this fledgling green hydrogen sector. A global market of only around 10GW of green hydrogen production would drive substantial scale-up and cost reduction by 2030. For comparison, the global electrolyser project pipeline is believed to already be over 15GW, for projects up to 2025, so our current estimates for the pace of cost reduction of hydrogen may actually prove to be conservative. 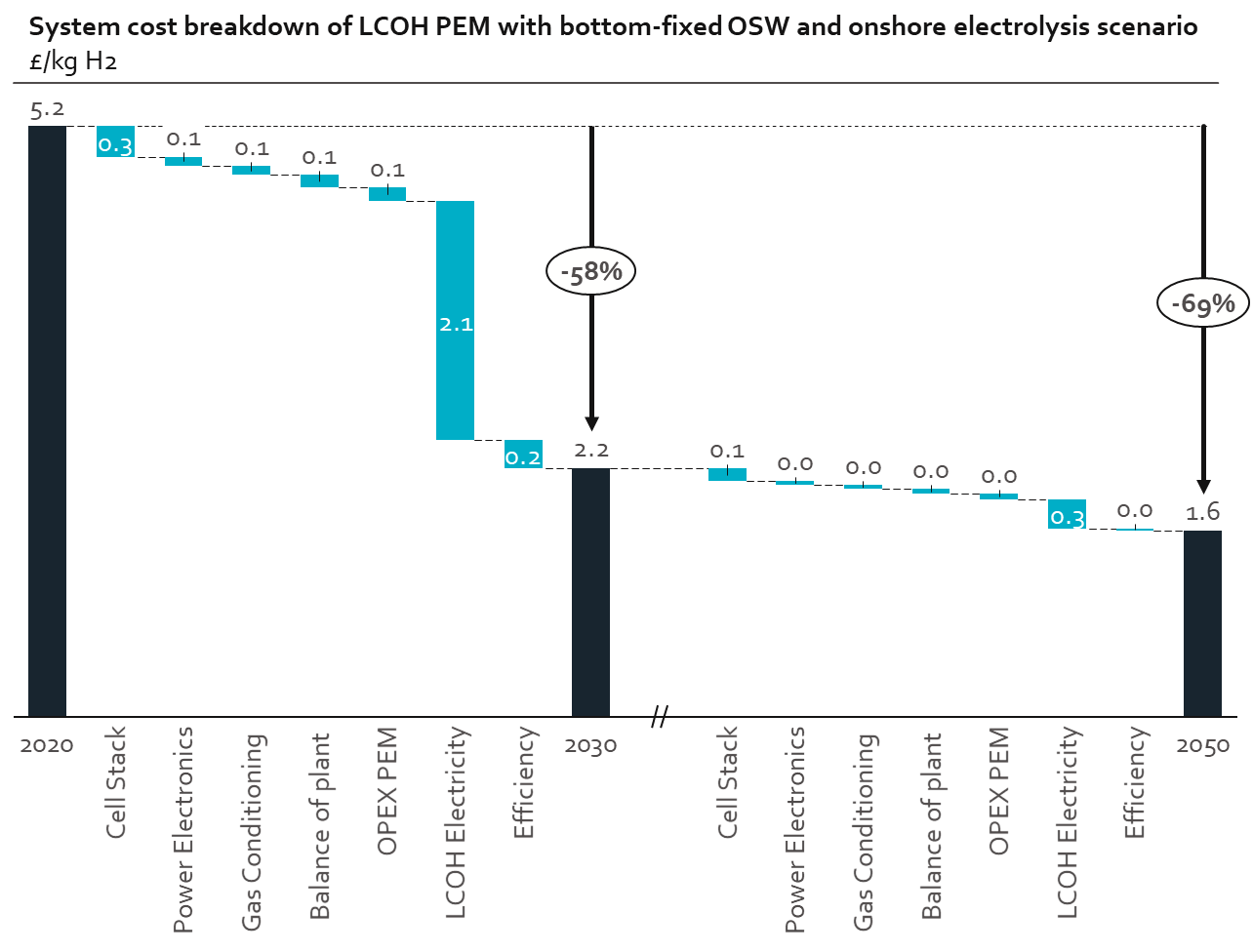 For the successful introduction of any new energy technology, public support is required for both technology push, and market pull. However, hydrogen is also a network technology, like natural gas and electricity. Governments, therefore, have an essential role in network infrastructure development for hydrogen, through direct investment or through their role in determining the structure and operation of energy markets. In the UK, the Government also has an inescapable responsibility in coordinating infrastructure and energy market rules and standards with our neighbours in Europe to ensure this technology scale-up.

Hydrogen has an enormously diverse range of applications and has the potential to change the energy landscape. At each step of hydrogen production and distribution, and for each potential application, there are technology challenges, including cost, performance and safety, and there is a need for a full range of innovation support, from market intelligence, to standards, to exploratory research and performance validation.

The UK has multiple activities running across all areas of hydrogen application, as well as production and distribution. In addition, significant programmes are ongoing in academia, including the EPSRC-funded Hydrogen and Fuel Cells Supergen Hub and the Sustainable Hydrogen Supergen Hub. We have world-leading technologies and companies in hydrogen generation, such as Sheffield-based ITM Power, and large industry-led activities through sector-focused technology organisations, such as the Advanced Propulsion Centre, Aerospace Technology Institute and Oil and Gas Technology Centre.

Through this academic and industrial R&D, and publicly funded projects and programmes, the UK is in a strong position internationally. Take, for example, the Milford Haven: Energy Kingdom project. By designing detailed, investible proposals for a local, hydrogen-based energy system, it seeks to develop paths to safeguarding the large number of energy-related jobs in and around the Milford Haven waterway in South West Wales, and to serve as an exemplar for other regions.

We have the opportunity and capability to excel as world-leaders in the production of green hydrogen and ultimately lead by example in the journey to a net-zero economy. Now is the time to fully capitalise on this opportunity through government intervention and a new national strategy to support the creation of supply and demand in this new industry.